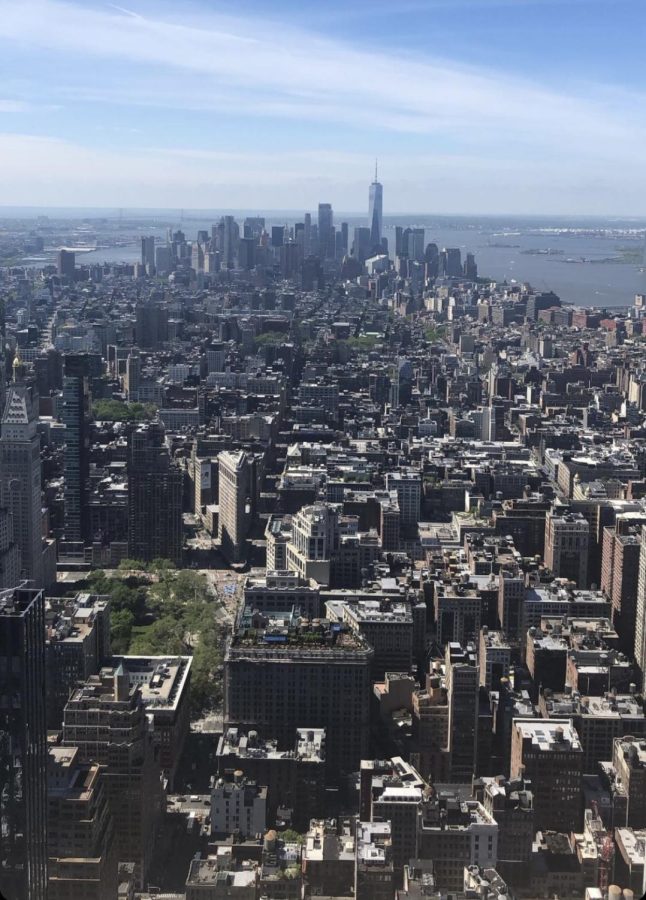 In the wake of the April 12th shooting in a Brooklyn subway station and the April 22nd shooting in DC, gun violence feels closer than ever to the ERHS community.

On the morning of Tuesday, April 12, shots were fired in a smoke-filled New York City subway car, between the 59th and 36th Street stations, in the Sunset Park neighborhood of Brooklyn. Approximately 30 people were injured, 10 of which were by gunfire. The following afternoon, suspect Frank James was arrested after video footage showed him entering the King’s Highway station earlier that day. Multiple personal effects were also found at the scene, including the 9-millimeter Glock used as the weapon. He was stopped on the street in Manhattan and arrested by NYPD officers, according to New York Police Commissioner Keechant Sewell in a press conference on April 13. “He will be charged with committing [April 12th’s] appalling crime in Brooklyn,” she stated.

Much of the speed with which this case was solved was due to its publicity. NYPD Chief James Essig, who gave updated details on the case following Commissioner Sewell’s statement, said that “this case was quickly solved using technology, video canvassing, and then getting that information out to the public.” However, ridership statistics proved that safety concerns remained despite reassurance from public officials. In the days following the shooting, over 150,000 fewer people took the subway, although these numbers have since returned to approximately normal.

ERHS Senior Kaday Jarra was in Times Square when the shooting occured. She recalled seeing news stories on bus stop TVs and hearing it from her friend, although they “were planning on leaving that day anyway,” according to Jarra. She also mentioned that she was not shocked by the news, which she believes is a problem because shootings are “a lot more normalized than [they] should be.”

“I honestly don’t think that I was at risk, but I did carry around how horrible it was that that happened for the rest of the day,” she added.

On April 22, just ten days after the Brooklyn shooting, shots rang out in Washington D.C. around 3:20pm. More than 20 rounds were fired on the 2900 block of Van Ness Street NW from a fifth floor apartment, where the gunman had a “sniper-type setup” according to police. Three adults and a 12-year-old girl were injured. Hours after the shooting, suspect Raymond Spencer was found dead in the fifth floor apartment, which contained at least six firearms and multiple rounds of ammunition. In a letter to the city, DC Mayor Muriel Bowser said “this epidemic of gun violence in our country, the easy access to firearms—it has got to stop.”

Junior Isabelle Strauss-Riggs, a frequent DC Metro rider, echoed Jarra’s statement on the frequency of gun violence. She “generally feel[s] safe” on the metro,  and news of these shootings has not deterred her use of public transportation.

“Neither [shooting] really affects how I feel about [public transportation] because I’m very much desensitized to that kind of thing,” she concluded.

In spite of the repeated instances of gun violence impacting the community, ERHS students have remained persistent. Both Jarra and Strauss-Riggs agreed that they will continue to use public transportation and not allow such news to impact their future travel plans.