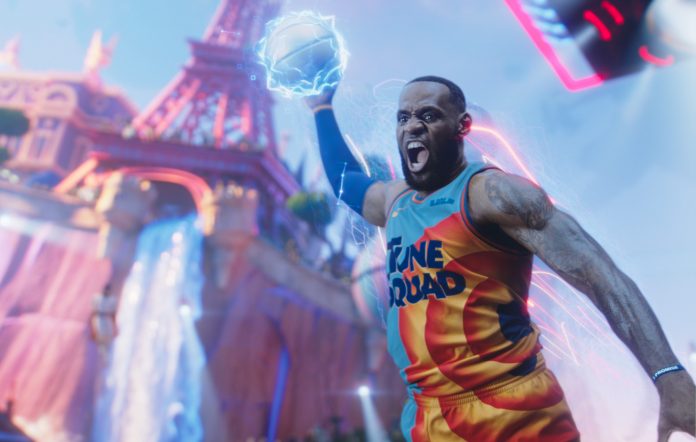 Do you guys remember Space Jam’ (1996)? If you don’t, it was about NBA superstar, at the time, Michael Jordan getting sucked into an alternate universe to play an important basketball game with the ‘Looney Tunes’ characters against a team of ‘monstars’ who took NBA players’ talents at the time. Long story short, the ‘tune squad’ or ‘Looney Tunes’ team ended up winning with the help of Michael Jordan and at the end, the NBA players whose talents were stolen by the ‘monstars’ got it back and Michael Jordan went on to play basketball again.

That’s why ‘Space Jam 2: A New Legacy,’ starring Lebron James is going to be interesting because it has people thinking “what’s going to happen in this one?” or “how is it going to explain the plot?” It will definitely relate to the original based on the trailer, such as being sucked into an alternate universe and having to play with the ‘tune squad’. But based on the trailer, I have to say that I love what I am seeing so far. The animation, the storyline, and just the legacy that it holds is the reason why this movie will succeed and I say this because the legacy that it will hold will be very influential and different due to the G.O.A.T debate.

Movie lover and ERHS student Daniella Rivera thought the same when she stated, “I think this movie will do good because Lebron James has many fans and many people are fans of the original Space Jam and Michael Jordan. The legacy of the original Space Jam’movie continues”. It’s clear that she and other movie fans are excited about the upcoming film because of the legacy that it holds and the variety that it’s going to bring. In the article, “’Space Jam 2‘ Cast Features These NBA Players on Court With LeBron James”, the author talks about the variety when he said, “Also joining the cast will be James’ fellow LA Lakers Kyle Kuzma and Anthony Davis but other teams aren’t being left out.The NBA will be amply represented, with the Phoenix Suns’ Chris Paul, Damian Lillard of the Portland Trail Blazers and Klay Thompson and Draymond Green of the Golden State Warriors all set to appear. The WNBA will also be represented, according to Bleacher Report, with the Phoenix Mercury’s Diana Taurasi and Nneka Ogwumike and Chiney Ogwumike of the Los Angeles Sparks slated for cameos”.

The film will represent the change in sports by having WNBA and NBA players in it together to bring something different. Now, let’s move onto the legacy that this movie will hold. In the article, “‘Space Jam: A New Legacy’ Trailer: LeBron James Makes His Slam-Dunk Looney Tunes Debut”, the author starts to touch on the legacy when she said, “Stepping into Michael Jordan’s kicks this time around is LeBron James, who spearheaded the title’s return under his production company SpringHill Entertainment. Though he played a comedic role in Amy Schumer’s “Trainwreck,” “Space Jam 2” marks his first foray into leading man territory, where he plays a fictionalized version of himself in the live-action/animated sports comedy”. This quote represents the magnitude of how this movie will impact the former and current player, in James and Jordan. In terms of the overall movie based on the trailer, ERHS entertainer Kamari Buggs stated, “I think it’ll do well among both NBA fanatics and just people who want to watch a movie, especially during this pandemic and might help people get back into the movie theaters”. We don’t know how this movie will be until it actually comes out, so stay tuned for July 16 because it’s going to be great!