The Raider Review • May 20, 2021 • https://erhsraider.org/15011/student-life/erhs-alumna-performs-poem-for-university-of-maryland-presidential-inauguration/ 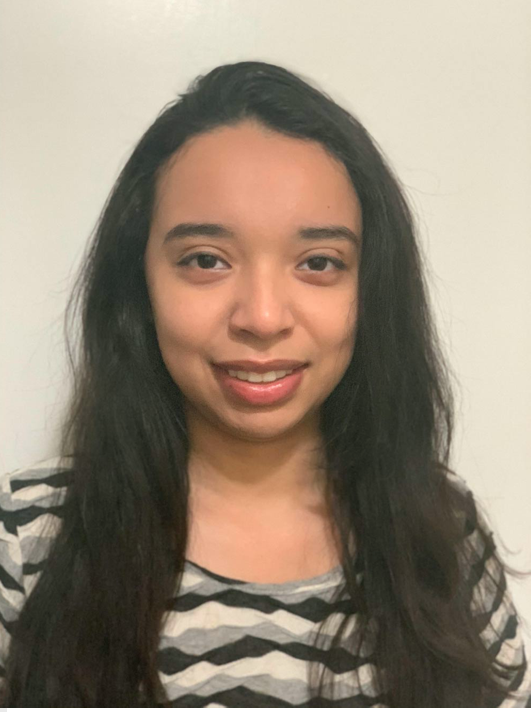 Ileana Lozano is an English Language and Literature major at the University of Maryland. She did not originally plan on studying English, but then decided to “major in something [she] enjoy[s].” Something, she says, she does “not regret.” Lozano stays involved in extracurricular activities as a member of a poetry club at UMD, known as Terp Poets. This organization is how she found the opportunity to audition for Inaugural Poet. Lozano decided to apply and was given a prompt for the poem, asking her to write about “diversity, unification, and the COVID-19 crisis,” she said. She wrote and submitted a video of herself performing her poem “Together Again Soon” and was told of her selection via email by Amanda Lee Barber. Barber is the University of Maryland’s Assistant Director of Special Events and planned a lot of the inauguration.

Ileana Lozano began her performance by dedicating the poem to her grandmother, Matilde Mejia, an immigrant from El Salvador who came to the United States as a single mother. Lozano shared that her grandmother is a huge inspiration to her as she “work[s] very hard” and is someone she “really look[s] up to.” “Together Again Soon” focuses on the longing to gather with friends, classmates, and colleagues after the past year of isolation due to COVID-19 related restrictions. The poem also speaks on inclusivity and the need for equality.

Before her inaugural debut, Lozano grew up nearby in Bowie and attended Prince George’s County Schools for all of her compulsory education. She began reciting poetry in the fourth grade at High Bridge Elementary School. When Lozano started attending Roosevelt, despite being in the Science and Technology Program (ST), she was “mostly interested in history and books.” At ERHS, Lozano was a staff member of The Clayson Literary Magazine and recalled “spen[ding] a lot of time in the library.”

Her fellow peers at Roosevelt observed this passion and knack for English and poetry. Alejandra Melnyk was also in the ST program and graduated from ERHS in 2018. They had several classes together and Melnyk remembered her interest in literature, saying Lozano was “always super into English.”

Mr. Gleason taught Lozano English 12 in 2017-2018. He said in class she was “quiet,” but it was apparent that she was frequently “deep in thought.” Mr. Gleason noted that he did not predict that she would pursue English “to the degree that she would be reading a poem at a major event.” However, he said it was “exciting” to see her read to the “entire University [of Maryland] community.”

Alejandra Melnyk also attends UMD and watched the virtual inauguration. She had “no idea” there would be an inaugural poet, let alone someone she knew. She said the poem was “very inspiring” and “uplifting.” Melnyk’s favorite line was “I can’t wait to join all our friends in picking up the torch together in the name of love and unity…” She said the poem reminded her of “what really matters,” which she said was “everyone being healthy” and the ability to be with “people that you care about and love.” The poem also touched Mr. Gleason, who said the messages conveyed in the poem were “relevant and important,” especially in regards to the last year.

Lozano said she is “happy [the poem] resonated with others.” In writing the piece, she recalled contemplating the “state of the country” before and after the pandemic. She said she wanted the poem to focus not on “the fear” in recent years, but rather to be an “answer to division” and for the piece to “preach unification.”

Ileana Lozano is currently working on several projects, as mentioned during the introduction to her poem. She is currently transforming her middle school Twitter page “heart2starr” into a business. Lozano started “heart2starr” in 2013 as a means of “sharing [her] poems” and “talking about [herself] and [her] life.” At the time, she was dealing with a lot of bullying. Lozano speculated “it wasn’t easy” being a family from El Salvador, noting the pressure to assimilate. She is working with “Ladies First,” a business cohort and mentoring program at UMD for women that are interested in starting a business, to transform the account’s original purpose.

Being someone that has faced adversity, Lozano wants to leave poets at ERHS with the advice to “keep writing.” When you desire to write something, do it, “do not let the thought pass.” She says that whenever something comes [to you], always record it. She adds that not only should you “write down your words,” but to “save [them]” as well. To view “Together Again Soon,” click on this link and fast forward to the timestamp at 45:28.