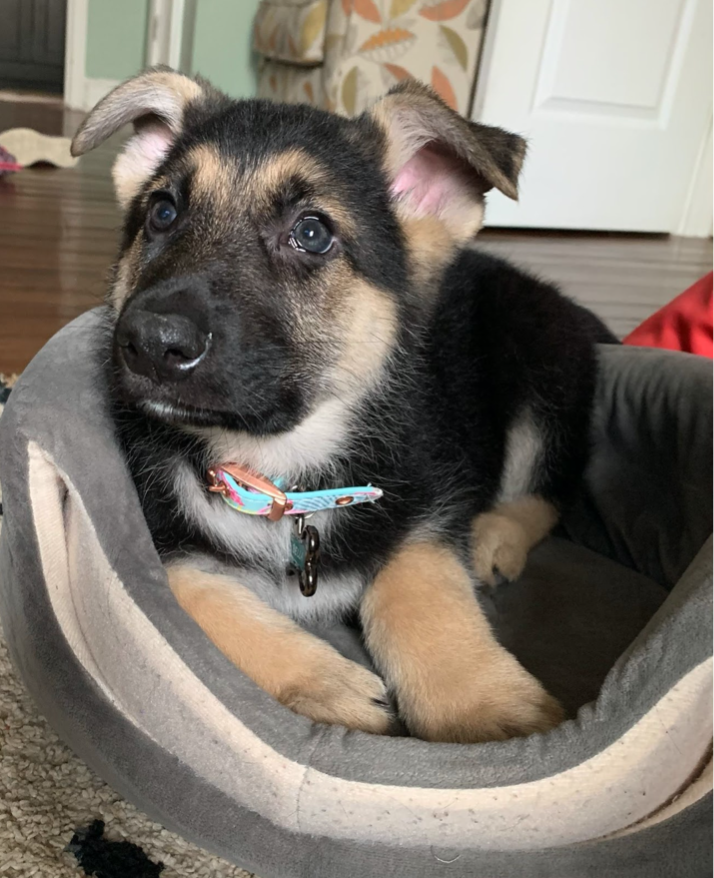 During the past year, quarantine boredom and isolation has taken a toll on many people. Whether to alleviate the negative effects of quarantine or to make a new friend, many people have decided to find a non-sapien companion. Although pets are a big responsibility, they are also great for stress-relief and much needed love and affection.

Ms. Hickson, an English teacher at Eleanor Roosevelt High School (ERHS), was thinking about getting a dog before the pandemic. While Ms. Hickson was working from home, she figured the pandemic “would be a really good time to train a pet,” because of the extra time at home and being “physically [in the house] with them.” She decided to get a dog because “the house [was] empty” and she “likes the idea of taking care of a pet” and thought a dog would be “fun company.” Ms. Hickson has had dogs before, but it had been many years since, so she was ready to adopt Allegra. Allegra has affected her life by destroying shoes, clothing, furniture, and costing her “an absolute fortune,” yet simultaneously bringing immeasurable fun, joy, and love into her life. To make the home more dog-proof, Ms. Hickson is going to “install a fence and a doggy-door” and wishes she “could get a tax writeoff” for all the expenses. She says the expenses are worth it however, because “[Allegra’s] been worth it” and she “loves her to pieces.”

Ms. Komar, a Science teacher at ERHS, and her husband have “been wanting another dog so that [their] dog Ripley would have a friend to play with but [they] weren’t sure if [they] were ready to fully adopt,” so they “decided to try fostering first.” Ms. Komar began fostering Charlie Bear in January 2021 and he was adopted by a family in early March 2021. Another reason Ms. Komar decided to foster Charlie Bear was because “many pets can spend months or years in a shelter, living in a cage,” and “by fostering a dog, we get him out of the shelter, begin to socialize/train him, and give him exposure by taking him to adoption events,” she noted. Ms. Komar says it “warmed [her] heart to know that [they] were helping a dog get a second chance at life.”

Grace Luis, a student at ERHS, got her puppy, Bella, in late April. Her family decided to get another dog because they noticed their older dog, Lady, “was really happy having over company,” they decided that it would be “amazing” if they could get her company “that she could play with.” Bella has changed Grace’s life by making her “wake up earlier,” and “go on walks more often now, since she’s really full of energy.” Grace experienced “something new” with Bella that she never experienced with her other pets. “It’s really weird,” she says, “but when she gets bored she likes to go to my cat’s litter box and make a mess,” so her family put up a gate around the cat’s things. Something Grace noticed while training Bella is that she’s “really smart and understands everything [they] tell her. She has learned how to sit, high five, shake, and roll over in just the two weeks [they’ve] had her,” at two months old.

During these stressful times pets have been the light in the darkness for many people. Pets are a lot of work and require a lot of maintenance, but for the happiness they bring, they are worth it.