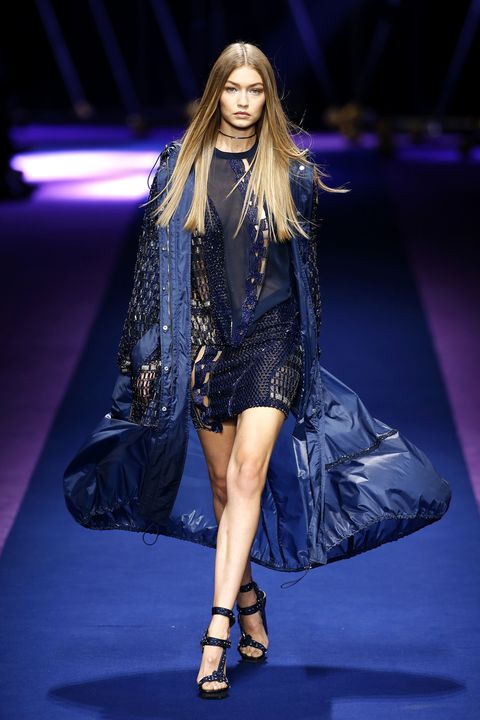 Walking in the shoes of a model. Photo Courtesy of Harper's Bazaar

Being a model in this day and time is a bit different. There is a dash of diversity, and acceptance in size. However, we don’t need just a dash of diversity or plus sizes, we want more. Plenty of people admire the lives models live and aspire to be like them, but just like everything modeling has its ups and downs.

Becoming a model can be very demanding, and ERHS student Lauren Freeman understands that “the industry isn’t as good as people think it is, it can be stressful and degrading for some people”. Nevertheless, once you put in your time and effort it is rewarding. When you make a name for yourself in the industry, you start to enjoy perks like publicity, salary, traveling all around the world, getting free clothes, meeting new people, and learning new things. However the road to that destination can be very bumpy, and not everyone will withstand the pressure.

Appearance is everything seeing as that is a models’ brand, so they have to keep up with it. For that reason, most models tend to eat very healthy or are on diets. Some models are comfortable in their skin, some are insecure about their looks, especially being surrounded by a group of beautiful people. Insecurities feed mental health issues like depression, anxiety, and low self-esteem, which can lead to eating disorders, which some models face.

Model Renee Peters talked to the New York Times about some of the pressure she felt as a model and what they resulted in. She says, “I started modeling professionally in New York when I was 21. The girls at castings that were getting selected were all very, very skinny. And so I put a lot of pressure on myself to be that girl because I wanted to succeed. And I developed anorexia and bulimia. That lasted five or six years, and it wasn’t until a couple of years ago that I realized that I had a problem”. This reiterates the point that not everybody can withstand the pressure.

Model Ebonee Davis also talked to the New York Times about her modeling journey and some of the troubles she faced when she decided to wear her hair naturally saying that, “at first my agency was totally against it. They told me that just-rolled-out-of-bed look isn’t going to work”. They went on to tell her that she was going to lose the client she had and that no new client was going to want to work with her. But the decision she made surprisingly booked her the biggest campaign of her life, Calvin Klien. She further elaborates saying that “Being a role model isn’t about showing people how to look like you. Being a role model is about using your freedom to show other people it’s safe to be themselves”. This proves that in this industry you have to take risks to get somewhere.

ERHS student Nya Cash shares some thoughts along the lines of Ms. Davis, “I think that models are really tough because being in that industry you have to deal with body image a lot. As time goes by the modeling industry is becoming more inclusive to all body types.” She also sees that there is more representation in the modeling industry from skin tones, to hair textures to body types, and definitely thinks models could be good role models.

It is well known that the industry is not that diverse. Most of the people you see walking the runway are tall, skinny, white girls. That all changed in 2019 during the New York Fashion Week show, which had a very diverse runway with said 48 percent of the featured models being from minority groups, according to the Berkeley review. That set a tone in the industry and the numbers have since gone up. The New York Fashion Week spring 2021 show, saw a pretty remarkable bump in racial diversity with 57.1 percent of models of color according to The Fashion Spot.

Being a model is not as easy as it is considered to be. Like any job, the modeling industry has its ups and downs. There are some good things about modeling, and there are some bad things. There are only a few people who become very successful, but that doesn’t mean that there aren’t successful people. Just like any other profession, it takes hard work and dedication to make it to the top.